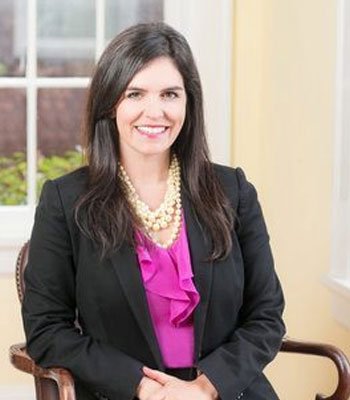 Erica has been practicing exclusively in the area of adoptions since 2015, when she joined the Law Office of Jeanne T. Tate, P.A. She received a B.S. degree in Business Administration with a major in Finance from the University of Florida in 2007, and graduated from the University of Florida Levin College of Law in 2010 magna cum laude. She was selected for the Order of the Coif for being in the top 10% of her law school class. While in law school, Erica was a member of the Florida Law Review and completed an externship with several federal judges. During her second year of law school, the Law Review awarded Erica the Frank Maloney Award for Outstanding Candidate and the Outstanding Tutor Scholarship. Erica also served as a Notes & Comments Editor and Managing Editor of the Law Review. Erica earned Dean’s List for all semesters in law school, received book awards in Bankruptcy and Legal Drafting, received honors in Legal Research & Writing and Appellate Advocacy, and was also a Teaching Assistant for those classes. Upon graduating from law school, Erica received the Community Service Certificate and Pro Bono Certificate for her time spent volunteering. After law school Erica clerked for the Honorable Charles R. Wilson of the U.S. Court of Appeals for the Eleventh Circuit. Before she worked at Jeanne T. Tate, P.A., Erica was a shareholder at the firm of Banker Lopez Gassler P.A., where she worked from 2011–2015. She has been selected as a Florida Super Lawyers “Rising Star” every year since 2015.